A symbol of the verticality of the city of São Paulo, the Martinelli building is a landmark in the architecture of the 1930s, when it was erected between São Bento, Líbero Badaró and Avenida São João streets and won the title of the first skyscraper in Latin America. Its creator, Italian immigrant Giuseppe Martinelli, at the time summoned Hungarian architect William Fillinger of the Vienna Academy of Fine Arts to design the building. Initially he planned the 12-story masonry and concrete work, ending with 30 at Martinelli’s request. Today, the building belongs to the city hall and houses several municipal agencies. In order to modernize, but without losing its essence, the last five floors and the eighth floor of the building listed by the Historical Heritage, underwent a requalification in the hands of architect Paulo Lisboa. “It was necessary to accommodate approximately 600 employees of the Licensing Secretariat – formerly part of the São Paulo State Housing Secretariat – in a new location. As it is a large department, we resorted to a series of interventions to improve the conditions of use of a building: the retrofit ”, explains the architect. The changes meet the modernization process of the Licensing Secretariat itself, which requires work infrastructure that is very different from the one when the building was built – such as computerization, transparency, flexibility and productivity. 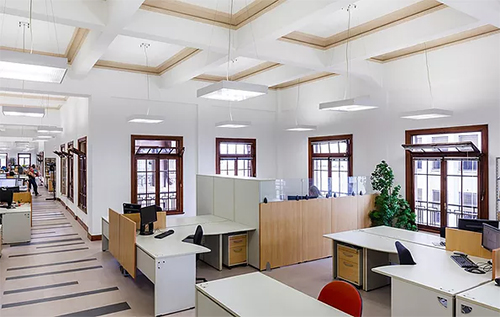 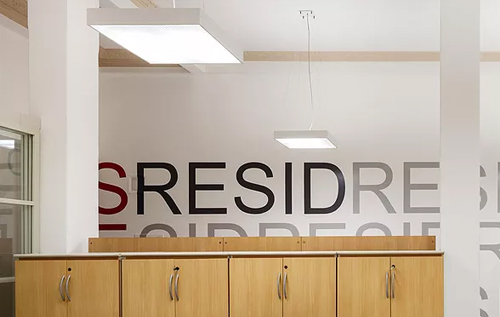 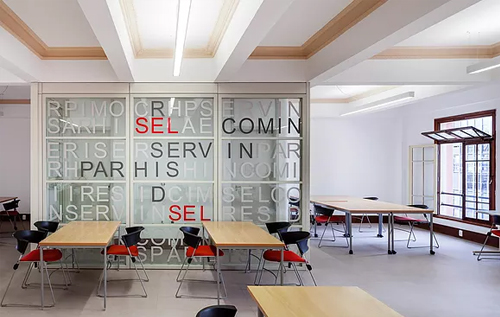 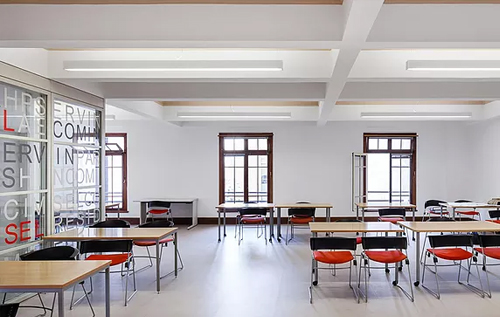 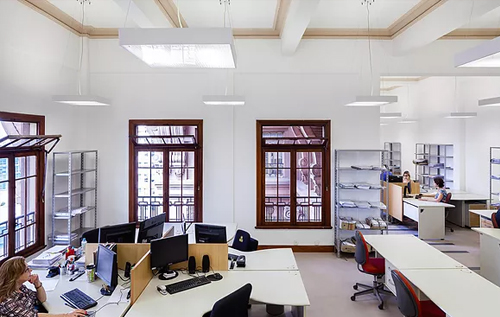 Each floor is different from the other. Now changes the distribution of windows, sometimes increases or decreases the number of people occupying the environment, directly interfering with the layout Photo: Ana Mello

Well-defined shapes, 3.70 m high ceilings, wide openings with riga-pine wood frames, and carrara marble-lined staircases denounce the glamor lived by Martinelli in the golden age. In addition to minor renovations and interior decoration, the project also modernized the lighting system and implemented the necessary infrastructure for computing and communication. Paulo Lisboa also says that he faced two major challenges during the retrofit: the first was to readjust infrastructure changes in the fully functioning building and, the second, to combine the art décor style with the modern solutions implemented in the work environments. “It was like changing the tires of a car with it moving. What’s more, improving his performance and his speed, ”he jokes.

“We have a raised floor and a vinyl covering, ideal because it has good resistance due to the heavy traffic of people. All this without stopping the commercial activity ”, informs the architect. The choice of the raised floor was also motivated by the ceiling height, which in some environments is not so high, thus preserving the ideal height of the windows and the railing. The choice of vinyl flooring also took into account the quick installation, ease of cleaning and thermoacoustic comfort. Produced with vinyl resin (PVC) offers a textured surface and can mimic other finishes. Your comfort lies in the fact that in the heat, it does not heat up like carpets. In winter it is cozy, unlike pottery.

The entire Secretariat was restructured from a new functional organization chart that determined the distribution of workspaces based on the building plan. What seems simple at first glance is not. Each floor is different from the other – it changes the distribution of the windows, which open inwards, and therefore deserve special attention in the use of space, with different layout. At another time, the number of people occupying the environment increases or decreases, which directly interferes with efficiency. “Thus, the design and size of workstations follow the type of activity developed by the employee. We also take into consideration few divisions, to favor the integration between employees and the flow of information on a daily basis ”, says the architect. Lighting gained a lighting project by architect and designer Fábio Falanghe, who developed luminaires from a series of tests and measurements ideal for a work environment with adequate light. In addition to reducing the level of fatigue between servers, the project highlighted the building’s architecture through indirect lights that reflect modern exposed beams.

New painting, maintenance of the bathrooms and visual programming project on all floors, highlighting the location of each of the departments were aspects worked on the renovation. Much of the furniture in proper condition has been reused. “That’s why we don’t always have the same workstation or vendor pattern, with different furniture from one department to another.” According to the architect, the new specifications are limited to an investment made through a public-private arrangement called online accounts, previously used during the 21st floor renovation in 2004.

Components used in the system

“It was necessary to accommodate approximately 600 employees of the Licensing Secretariat – formerly part of the São Paulo State Housing Secretariat – in a new location. As it is a large department, we resorted to a series of interventions to improve the conditions of use of a building: the retrofit.